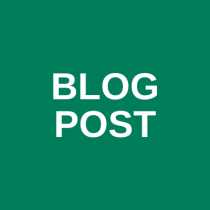 On the night before Thanksgiving, arguably the biggest bar night of the year, I took my last drink. For the next several days I would lay on my couch going through all the symptoms that a cold turkey quit has to offer. The plan was to simply get myself together enough to get on a plane, train or anything and get back to Delaware.

The odds were stacked. I had less than twenty dollars to my name, no car, no contacts left to reach out to for any help, and my cell phone was a week away from termination. Even though I was living on the west coast of Florida I was in hell. One-step away from homelessness.

By the grace of God I sold everything of value in the span of a day and secured enough money to purchase a Grey Hound bus ticket from Tampa to Wilmington. I would then take a transfer bus to Kirkwood Detox and hopefully then back to Gateway. The program I had walked out of several years before when I was convinced I had alcohol beat. I took a drink less than two days after leaving that time.

Thin at best, I look back at this course as one of pure genius for it is exactly how it happened. I waited in the lobby of Kirkwood Detox for countless hours. I stayed there hoping for a spot back at Gateway for many days and then was a guest of Gateway for four months. I listened, took suggestion and followed the advice of counsel. It was my counselor that suggested Friendship House.

Friendship House was this form of “Halfway House” in the city. You had to be interviewed and if you were accepted, you would wait for an opening. It was described by my counselor as a strict, no nonsense place to get your toe back in the world. I knew that if I were truly in it for my recovery I would have to go there. My recovery was taking me to Wilmington.

It was a cold, rainy day straight out of a movie when I showed up at the doors of 8th and Madison. Things would start out rough and I would doubt my decision to come to the city and Friendship House many times. A funny thing happens in recovery when you work it. You just might not see it at first.

Looking back, the blessings and achievements I had while at Friendship House were the greatest in my recovery. They were the building blocks of my sober life. I could take the time to assimilate myself back into the world as a member of society. While there, I renewed my license, credit and more importantly my self-esteem. I found my sponsor while living there who to this day is like a father. I found a job that turned into a career, which started with the simple fact that the bus ran from Friendship House to that business’s front door. I took the bus for a year while saving for a vehicle.

Upon my Graduation from Friendship House, I took their suggestion and moved into an Oxford House. It is now arguably the strongest in the city. When there is an opening, Friendship House is first on our list to see if there are any worthy candidates.

When I chaired my two-year anniversary in AA, the room was full of men with countless sobriety. I spoke about how for me, the difference between the first year of sobriety and the second year had one distinct difference. The first year is when I got myself back and the second is when I got my stuff back. Friendship House & my Guardian Angels over there played a major role in my first year.