Faith, Hope and a Miracle 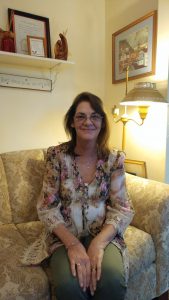 This story, as part of our 30 for 30 campaign, comes to us from Donna Johnson, one of our housing graduates, who we have been blessed to walk with over the past year.

My story is truly one of hope, faith, love, support, prayer, and a miracle.  Five years ago, my life was a train wreck.  The grace of God landed me on the doorsteps of Friendship House (FH), which changed my life. With the help of the staff I was able to build the foundation that would support me for the journey I was about to take. I remained clean and sober, became employed, gained self-confidence, earned my GED, rebuilt my relationships with my family and started attending Delaware Technical Community College.

After I graduated from FH,  the staff remained my biggest support system. They were always there for me whether it was in laughter or tears. With only two semesters until graduation from Del. Tech., I came into some difficulties with my living situation. I was so blessed that Marcy opened her doors to me once again to enable me to complete school.

In my last semester (Thanksgiving night), I found a lump on the side of my neck that was diagnosed as Stage 4 throat cancer.  Now I began a physical and emotional rollercoaster ride that, through God’s grace, everyone went on with me. The next month and a half was crazy. I was taking two classes, doing my internship, working and traveling back and forth to Fox Chase Cancer Center in Philadelphia PA. I was blessed that when my professors heard what was happening they allowed me to work at my own pace. This allowed me to complete my classes and my internship before treatment started.

The first month and a half of this journey was figuring out what type of cancer I had and how to treat it. There were several CAT scans, PET scans, a Laryngoscopy and Biopsies done.  The results of the test resulted in a new diagnosis and treatment.   It started with the mildest type of cancer I could have to the worst type. The first treatment was two major surgeries with radiation and chemotherapy; that changed to taking a trial drug along with radiation and chemo because the cancer had spread and surgery was n longer an option. This was a very emotional time and I was so grateful for the support from everyone at Friendship House.

The first two weeks of treatment were tough because I had a mega dose of chemo and was having radiation every day (twice on Friday). For the first five weeks, I was able to drive myself to Philly but that was about all I could do. The chemo made me sick and the radiation was building in my system causing a lot of fatigue. I did manage to attend my graduation with Marcy and Mary Ann by my side. I was then given the second mega dose of chemo and that is when things went very bad. We realized that the cancer was not responding to treatment, in fact it had mutated and was growing. I was told that we would continue treatment but that I probable only had a year to live. I was so blessed with a group of prayer warriors from Friendship House that gave me the faith to move forward.

At this point, I was no longer able to drive myself to the cancer center. Without a second thought, Bill and Marcy and 2 FH Board members began to drive me every day. They were so humbling that they made me feel as if I were doing them a favor. On one trip with Bill and me, I was so sick I could not stay conscious. Bill stayed by my side for hours while they stabilized me and I was admitted to the hospital.  Only a few hours from then Marcy and Mary Ann drove up to make sure I was okay.  When I was released, the daily treatments began again.

When the treatments ended, I was in the worst shape of all. My throat continued to blister on the inside and out. Everyone at the house continued to care for me. They came several times a day to check on me, bringing me support and smoothies. I am getting better every day but could never have gotten through this journey without the friendship house. They have supported me spiritually, physically, financially, and in any other way they could. Thank you will never be enough for what they have done in my life. I am forever in your debt.