A Message from Marcy Perkins 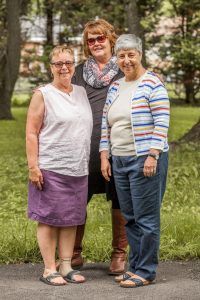 As of December 31, 2019, I will be stepping down as Director of Housing for Friendship House. I have been pondering this decision for several months and the timing seems propitious.

These past 25 years have been wonderful: at times heartbreaking; at times filled with joy. I have learned so much from the women; their courage in addressing their issues has inspired me to look at my own. Their deep spirituality has influenced my relationship with God.

My co-workers and the volunteers have been a source of support and inspiration: so many willing hearts and helping hands.

The gift that is Friendship House will continue to grace many lives, as it has graced mine. Thanks be to God who is so generous to all of us.

From Kim Eppehimer,
I am so grateful for Marcy – as a mentor, colleague and, most important of all, as a dear friend. Her leadership to our housing program and to all of Friendship House will be truly
missed.

Marcy leaves us a legacy full of her love of God and of humanity, and her devotion to our residents is built from that love. The best way we can honor her legacy is to keep the housing program going; a program built by her love, generosity, and keen sensitivity and awareness of the needs of others. 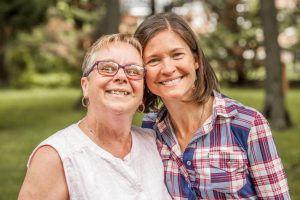 Our Transitional Housing program is as strong as it has ever been because of Marcy and the team of exceptional people who will continue to lead our housing program as she retires.

I hope you will join me in thanking Marcy for her amazing gift of service to others. We will find a time in the spring to celebrate her ministry to Friendship House.

We love you, Marcy. Thank you for being you.
Kim Eppehimer,
Executive Director

A Gift That Keeps Giving
Friendship House started the Perkins Fund when Bill Perkins, our previous Executive Director for the first 30 years, stepped aside. This fund is used to honor the legacy he built. Now we are honored to add Marcy’s legacy to this fund. Gifts made to this fund are used to ensure their programs continue! You can use the link below or send a check with “Perkins fund” in the memo to PO Box 1517, Wilmington DE 19899.Thank you.
Donate to the Perkins Fund 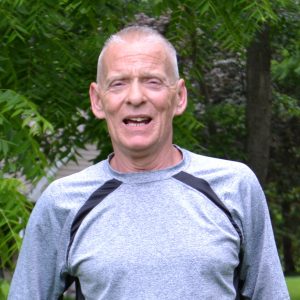 The best tribute that can be given to Ronnie comes in the voices of those he has helped: “He kept it real. He told it like it is. He really cared.”
Ronnie was born in the Philadelphia area and moved to Delaware 16 years ago. He got sober with the help of Limen House, then got a part-time job with Friendship House. He worked at Gaudenzia Fresh Start for several years, then returned to work in the Friendship House Men’s Transitional Housing Program.
Ronnie was “old school” as they say in the recovery community. Some people were offended by his direct honesty; others loved it. He could be loud and irritating, but he had a tender heart. In his latter years, he was blessed by the birth of his son, Semaj, who was the light of his life. As he was fighting cancer, Ronnie was blessed to reconcile with his siblings and
his two older sons. These meetings gave him joy and peace.
Our lives have been changed by knowing Ronnie and, now, by losing him. As he would say, “Thanks, Buddy. Love ya.”
A Memorial Service will be held on December 4, 2019, 6:30 pm, at The Episcopal Church of Sts. Andrew and Matthew (719 N. Shipley Street).  All are Welcome.
Blog November 22, 2019 1 Comment 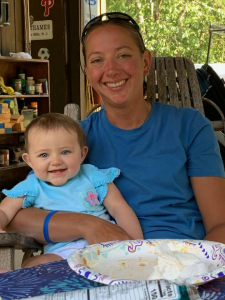 Home, according to the Webster dictionary, is defined as one’s place of residence. Friendship House defines home as a loving and supportive community there for you in your time of need.

For us, home is where you feel safe, loved and accepted. Not everyone is fortunate to say they have truly felt “home.” Uniting people facing homelessness to a community where they can feel loved and supported – a place they can call home – is our mission.

At every Friendship House location we desire to meet each person on their journey without expecting anything more from them then their story. And for many, that’s a big ask. Because their story is one of heartache, pain, loneliness and lack of home. It is in these moments the best thing we can
do for each person is to love them when they are feeling the most unloved. To share with them we believe in who they are today and who they can be in the future, because it is then they are feeling the most hopeless. To let them know, no matter what, they matter, too.

Friendship House is in the business of uniting individuals facing homelessness to communities who can accept, love and support them. Communities where we can look each other in the eyes and see a child loved by God staring back. We are about walking with people for as long as it takes for them to love and believe in themselves. That’s Friendship House – where community is home. Welcome home.

Loaves and Fishes – For the Feet!

We had been told by Friendship House folks in the past how important socks are to those who live out on the streets and out in the elements. A member of New Castle Presbyterian Church, Mark Rappold, decided to do something about it. He arranged for his employer, Tommy Hilfiger, to make a sock donation.

I was away from church when the call came. Our usually cool, calm and collected Office Administrator sounded a bit less so. A large truck had pulled up with a delivery of socks – 2 pallets’ worth! And they planned to leave them on the curb! We prevailed upon them to get them inside the building. And then we did the numbers. 2 pallets. 38 boxes. Each box containing 50 packs of 3 pairs of socks each. Are you doing the math?
5,700 pairs of socks!! It was more than 6 times what Mark Rappold had imagined it would be!

We were in “sock shock” – but couldn’t stay there for long. It was Monday, and that Friday the new pastor nominee would arrive for a weekend full of festivities – most of which needed to take place in the Fellowship Hall full of sock boxes!

Our Mission & Outreach Committee delivered a box each to 2 elementary schools in New Castle who are part of our Adopt-a-School program. We have taken another to Community Presbyterian Church for their outreach efforts, and one more to the Seamen’s Center at the Port of Wilmington. And Thursday morning, Marc Marcus from Friendship House came and loaded up 34 boxes of 5,100 pairs of socks!

It was “loaves and fishes” for the feet! And each of us who got to witness it just grew wide-eyed and big-hearted over the abundance of it all. Thanks be to Mark Rappold, and to the ministry of Friendship House that inspired him. Thanks be to Tommy Hilfiger, who listened to him. Thanks be to New Castle Presbyterian Church folk who reveled in and reached out with this miracle. And thanks be to God for touching us all through pallets and boxes and packets and pairs of SOCKS!